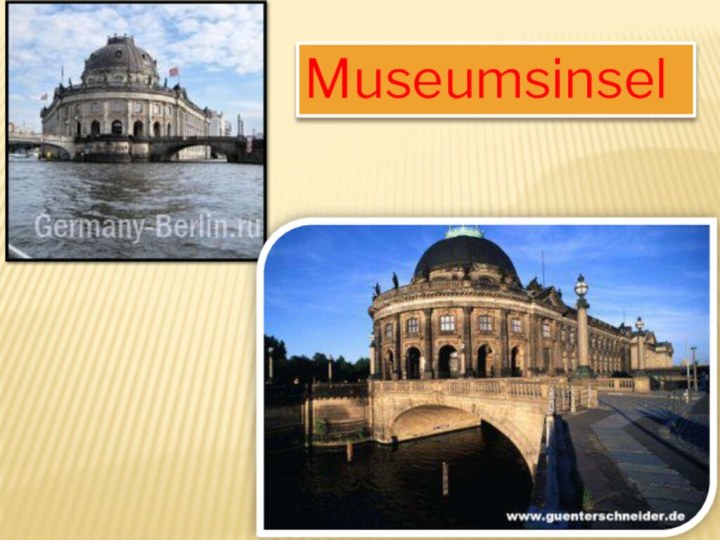 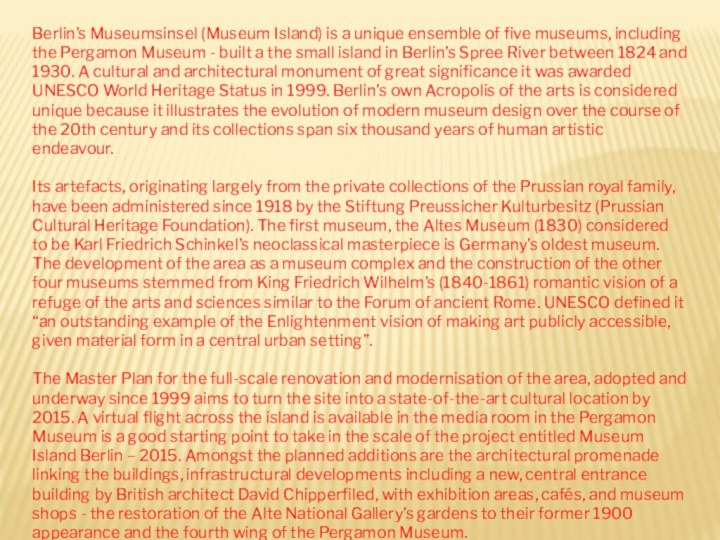 Berlin’s Museumsinsel (Museum Island) is a unique ensemble of five museums, including the Pergamon Museum - built a the small island in Berlin’s Spree River between 1824 and 1930. A cultural and architectural monument of great significance it was awarded UNESCO World Heritage Status in 1999. Berlin’s own Acropolis of the arts is considered unique because it illustrates the evolution of modern museum design over the course of the 20th century and its collections span six thousand years of human artistic endeavour.

Its artefacts, originating largely from the private collections of the Prussian royal family, have been administered since 1918 by the Stiftung Preussicher Kulturbesitz (Prussian Cultural Heritage Foundation). The first museum, the Altes Museum (1830) considered to be Karl Friedrich Schinkel’s neoclassical masterpiece is Germany’s oldest museum. The development of the area as a museum complex and the construction of the other four museums stemmed from King Friedrich Wilhelm’s (1840-1861) romantic vision of a refuge of the arts and sciences similar to the Forum of ancient Rome. UNESCO defined it “an outstanding example of the Enlightenment vision of making art publicly accessible, given material form in a central urban setting”.

The Master Plan for the full-scale renovation and modernisation of the area, adopted and underway since 1999 aims to turn the site into a state-of-the-art cultural location by 2015. A virtual flight across the island is available in the media room in the Pergamon Museum is a good starting point to take in the scale of the project entitled Museum Island Berlin – 2015. Amongst the planned additions are the architectural promenade linking the buildings, infrastructural developments including a new, central entrance building by British architect David Chipperfiled, with exhibition areas, cafés, and museum shops - the restoration of the Alte National Gallery’s gardens to their former 1900 appearance and the fourth wing of the Pergamon Museum. 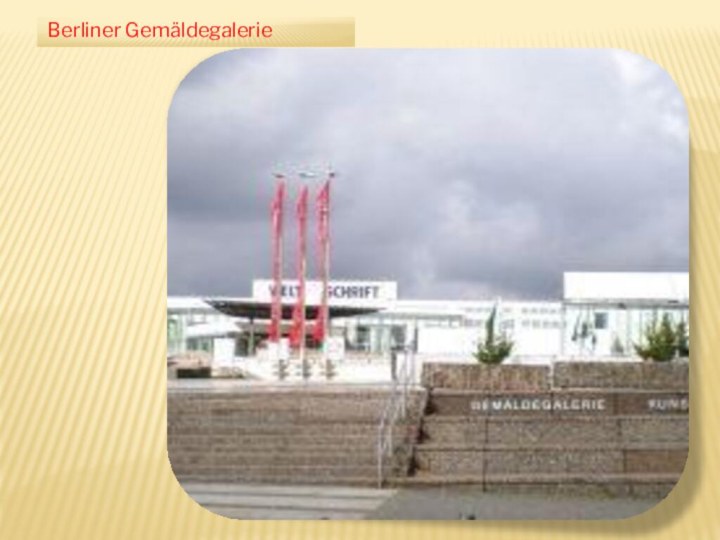 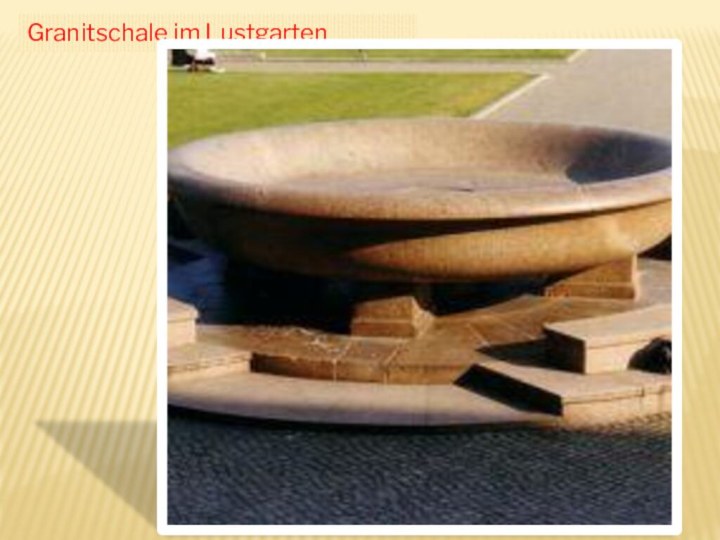 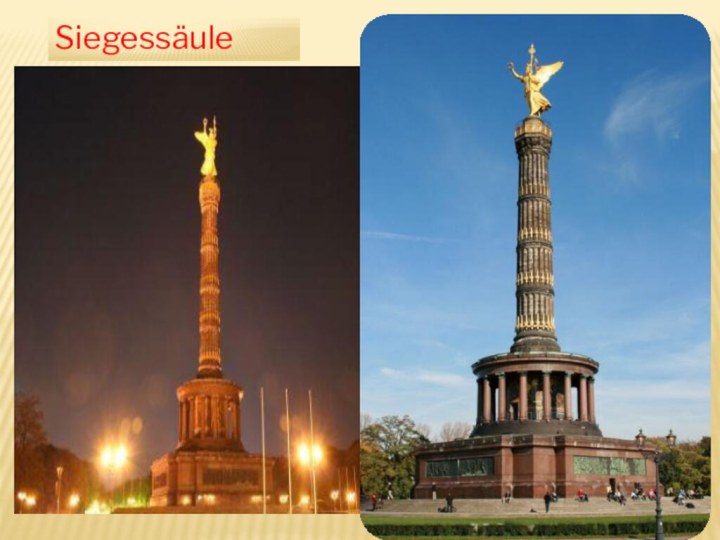 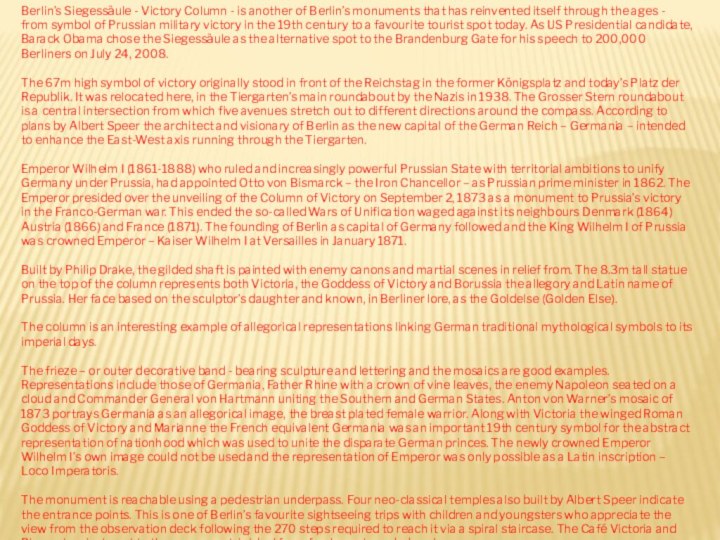 Berlin’s Siegessäule - Victory Column - is another of Berlin’s monuments that has reinvented itself through the ages - from symbol of Prussian military victory in the 19th century to a favourite tourist spot today. As US Presidential candidate, Barack Obama chose the Siegessäule as the alternative spot to the Brandenburg Gate for his speech to 200,000 Berliners on July 24, 2008.

The 67m high symbol of victory originally stood in front of the Reichstag in the former Königsplatz and today’s Platz der Republik. It was relocated here, in the Tiergarten’s main roundabout by the Nazis in 1938. The Grosser Stern roundabout is a central intersection from which five avenues stretch out to different directions around the compass. According to plans by Albert Speer the architect and visionary of Berlin as the new capital of the German Reich – Germania – intended to enhance the East-West axis running through the Tiergarten.

Emperor Wilhelm I (1861-1888) who ruled and increasingly powerful Prussian State with territorial ambitions to unify Germany under Prussia, had appointed Otto von Bismarck – the Iron Chancellor – as Prussian prime minister in 1862. The Emperor presided over the unveiling of the Column of Victory on September 2, 1873 as a monument to Prussia’s victory in the Franco-German war. This ended the so-called Wars of Unification waged against its neighbours Denmark (1864) Austria (1866) and France (1871). The founding of Berlin as capital of Germany followed and the King Wilhelm I of Prussia was crowned Emperor – Kaiser Wilhelm I at Versailles in January 1871.

Built by Philip Drake, the gilded shaft is painted with enemy canons and martial scenes in relief from. The 8.3m tall statue on the top of the column represents both Victoria, the Goddess of Victory and Borussia the allegory and Latin name of Prussia. Her face based on the sculptor’s daughter and known, in Berliner lore, as the Goldelse (Golden Else).

The column is an interesting example of allegorical representations linking German traditional mythological symbols to its imperial days.

The frieze – or outer decorative band - bearing sculpture and lettering and the mosaics are good examples. Representations include those of Germania, Father Rhine with a crown of vine leaves, the enemy Napoleon seated on a cloud and Commander General von Hartmann uniting the Southern and German States. Anton von Warner’s mosaic of 1873 portrays Germania as an allegorical image, the breast plated female warrior. Along with Victoria the winged Roman Goddess of Victory and Marianne the French equivalent Germania was an important 19th century symbol for the abstract representation of nationhood which was used to unite the disparate German princes. The newly crowned Emperor Wilhelm I’s own image could not be used and the representation of Emperor was only possible as a Latin inscription – Loco Imperatoris.

The monument is reachable using a pedestrian underpass. Four neo-classical temples also built by Albert Speer indicate the entrance points. This is one of Berlin’s favourite sightseeing trips with children and youngsters who appreciate the view from the observation deck following the 270 steps required to reach it via a spiral staircase. The Café Victoria and Biergarten, just next to the monument, is ideal for refreshments and a break. 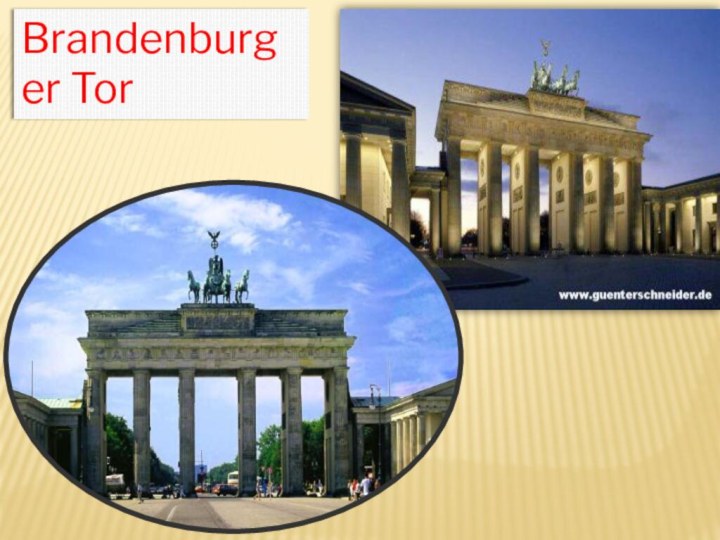 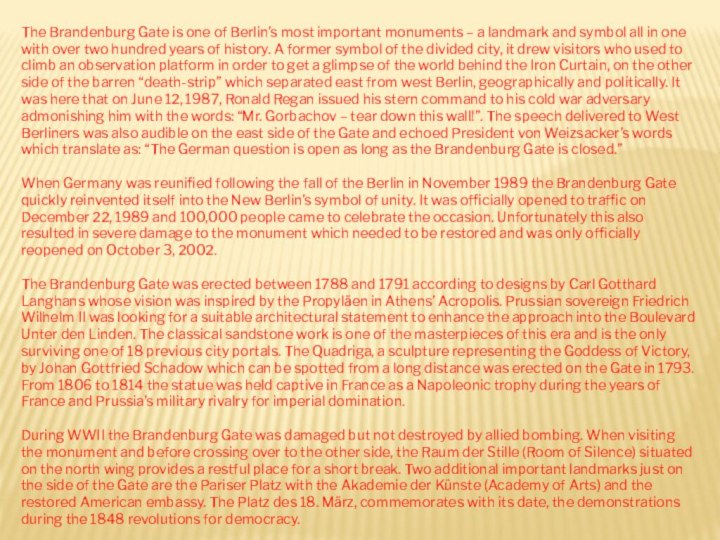 The Brandenburg Gate is one of Berlin’s most important monuments – a landmark and symbol all in one with over two hundred years of history. A former symbol of the divided city, it drew visitors who used to climb an observation platform in order to get a glimpse of the world behind the Iron Curtain, on the other side of the barren “death-strip” which separated east from west Berlin, geographically and politically. It was here that on June 12, 1987, Ronald Regan issued his stern command to his cold war adversary admonishing him with the words: “Mr. Gorbachov – tear down this wall!”. The speech delivered to West Berliners was also audible on the east side of the Gate and echoed President von Weizsacker’s words which translate as: “The German question is open as long as the Brandenburg Gate is closed.”

When Germany was reunified following the fall of the Berlin in November 1989 the Brandenburg Gate quickly reinvented itself into the New Berlin’s symbol of unity. It was officially opened to traffic on December 22, 1989 and 100,000 people came to celebrate the occasion. Unfortunately this also resulted in severe damage to the monument which needed to be restored and was only officially reopened on October 3, 2002.

The Brandenburg Gate was erected between 1788 and 1791 according to designs by Carl Gotthard Langhans whose vision was inspired by the Propyläen in Athens’ Acropolis. Prussian sovereign Friedrich Wilhelm II was looking for a suitable architectural statement to enhance the approach into the Boulevard Unter den Linden. The classical sandstone work is one of the masterpieces of this era and is the only surviving one of 18 previous city portals. The Quadriga, a sculpture representing the Goddess of Victory, by Johan Gottfried Schadow which can be spotted from a long distance was erected on the Gate in 1793. From 1806 to 1814 the statue was held captive in France as a Napoleonic trophy during the years of France and Prussia’s military rivalry for imperial domination.

During WWII the Brandenburg Gate was damaged but not destroyed by allied bombing. When visiting the monument and before crossing over to the other side, the Raum der Stille (Room of Silence) situated on the north wing provides a restful place for a short break. Two additional important landmarks just on the side of the Gate are the Pariser Platz with the Akademie der Künste (Academy of Arts) and the restored American embassy. The Platz des 18. März, commemorates with its date, the demonstrations during the 1848 revolutions for democracy. 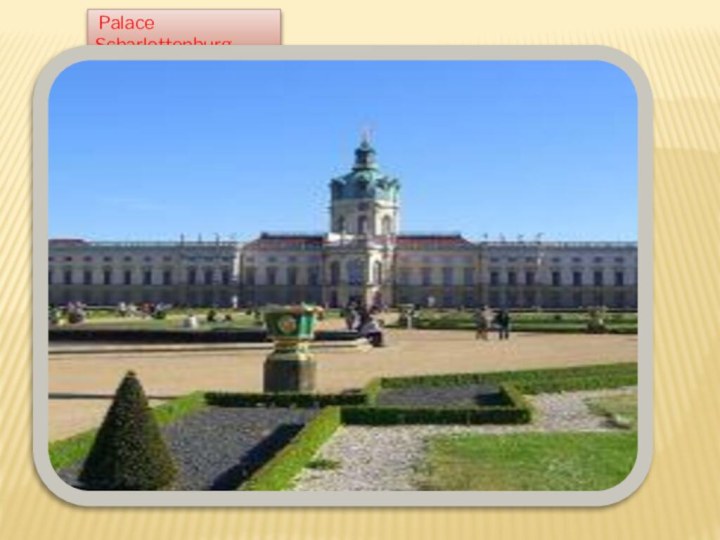 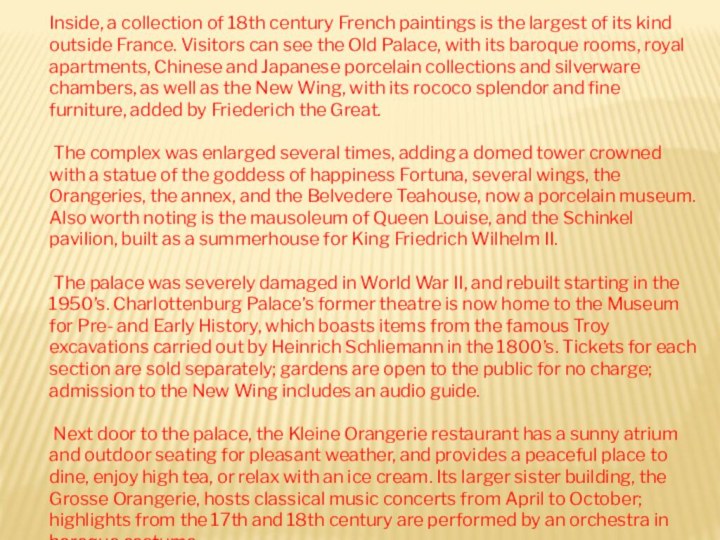 Inside, a collection of 18th century French paintings is the largest of its kind outside France. Visitors can see the Old Palace, with its baroque rooms, royal apartments, Chinese and Japanese porcelain collections and silverware chambers, as well as the New Wing, with its rococo splendor and fine furniture, added by Friederich the Great.

The complex was enlarged several times, adding a domed tower crowned with a statue of the goddess of happiness Fortuna, several wings, the Orangeries, the annex, and the Belvedere Teahouse, now a porcelain museum. Also worth noting is the mausoleum of Queen Louise, and the Schinkel pavilion, built as a summerhouse for King Friedrich Wilhelm II.

The palace was severely damaged in World War II, and rebuilt starting in the 1950’s. Charlottenburg Palace’s former theatre is now home to the Museum for Pre- and Early History, which boasts items from the famous Troy excavations carried out by Heinrich Schliemann in the 1800’s. Tickets for each section are sold separately; gardens are open to the public for no charge; admission to the New Wing includes an audio guide.

Next door to the palace, the Kleine Orangerie restaurant has a sunny atrium and outdoor seating for pleasant weather, and provides a peaceful place to dine, enjoy high tea, or relax with an ice cream. Its larger sister building, the Grosse Orangerie, hosts classical music concerts from April to October; highlights from the 17th and 18th century are performed by an orchestra in baroque costume. 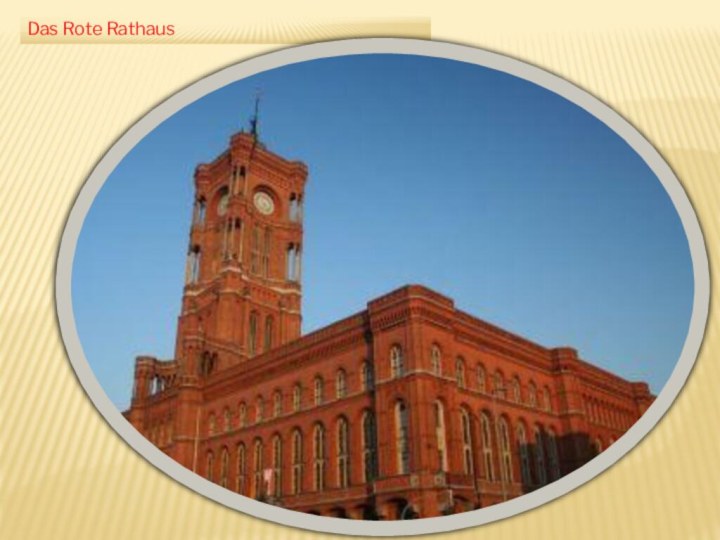 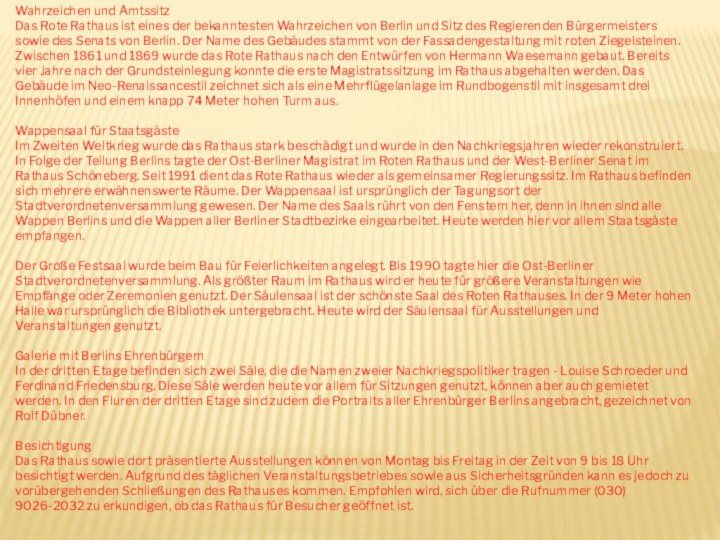 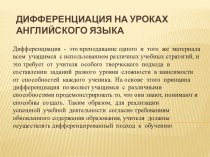 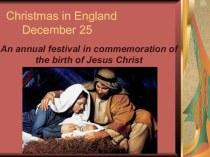 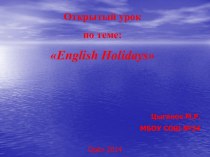 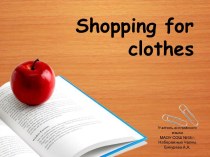 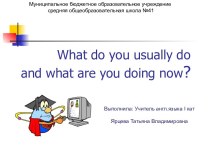 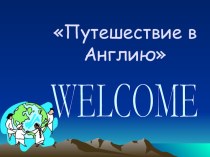